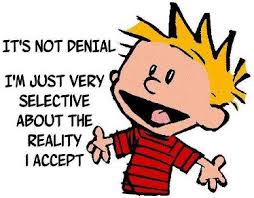 I have always considered myself a smart girl. I have more than one master degree, have traveled the world, and run a company. I also worked for years on issues related to teen pregnancy. So surely I would know if I was pregnant. I am also a type A super planner so I never imagined I would enter unplanned parenthood. But never say never…

I remember feeling exhausted. Not my normal, overworked, insomnia driven tired exhausted, but falling asleep, no option must take a nap, exhausted. I have never in my life been able to nap but all of a sudden I could fall asleep for no reason in the middle of the day. I told my college friend and fellow mommy entrepreneur, how I was feeling and she said, “Do you think you could be pregnant?”

Just the week before I told another college friend that I was going to the doctor to see if I had PCOS (Polycystic Ovary Syndrome) because the symptoms matched some of the symptoms I had for years. I have endometriosis and was almost certain it would impact my ability to conceive since it had caused me so much drama and pain since my teens. And now I was sure I also had PCOS (Did I mention, I am a victim of self diagnosis through WebMD at times, LOL)

I brushed off the pregnancy comment with my normal, no I am just stressed and overworked and went back to life as usual. But after a week of being so tired I can’t function, I started to wonder if she was right.

See, movies and the media will have us girls believing that if we are pregnant, we will instantly start throwing up. The nausea will be the first sign that something is out of whack in our system. But Don’t Believe the Hype! My major takeaway from my pregnancy was it is so different for every single person. I never had morning sickness and the major sign for me was feeling like I was hit by a truck every afternoon.

So I took a pregnancy test not truly believing I could be pregnant. And there it was in bold print on the stick within seconds. PREGNANT. This can’t be true. It has to be something wrong with this test. But after 8 more tests one should trust the reading right…Wrong.

I stayed in denial until I went to my doctor. I figured this must just be some hormonal imbalance from my endometriosis or maybe some other issue. But then she sent me the results and I was several weeks pregnant.

Time to move out of denial and get it together!

My first trimester I had the following experiences:

When I finally realized and believed that I was pregnant, it still took me a while to get used to the idea. Unplanned pregnancies, (especially when becoming pregnant naturally is not even something you believe can happen and you are an ultimate planner by nature) take time to get used to. I worried about being unprepared, I worried about the strength of my relationship, I worried if I was being selfish if I decided to parent this child given I had not planned to become a parent at this time. But I ALWAYS knew I wanted to become a mother before leaving this earth and I was already in my late 30s. I eventually realized/remembered what a blessing it was to be able to conceive a child naturally at my age, and my ultimate desire to be a parent. I was always open to all forms of becoming a mother (IVF, adoption etc.) and this was an opportunity to actually carry my child.  I was in a much better situation than many women who have become mothers and I had months to get ready, right…

I was not even close to understanding what I was in for. Unfortunately, though we both were excited about the pregnancy my relationship with Cam’s father did not make it through the entire pregnancy and I entered another role that I never imagined. I had no issue with being a single parent but single co-parent is a whole different situation. I also realized that there is SOOOOO much people don’t tell you about being pregnant and being a parent. But luckily we have the My CoCo Bean Community. Share your stories in the comments or as a contributor in the My CoCo Bean community.

Your cart is empty

Subtotal
Shipping and discount codes are added at checkout.
Checkout